Well it's a couple of weeks since the NAFC, the dust has settled and a hundred furry feet are now resting (quite a few are resting in peace!) as the Halfling Challenge has come and gone. Wow what a success too, I couldn't be happier with the outcome. I wanted to get 10% of the field there as halflings and with 15 coaches answering the call from 158 players it was close enough!

Straight away there was a sign that the NAF knew resistance to Halfling domination would be futile, here named first on table one at the NAFC, therefore undisputed leader before a pass was dropped or a goblin sent off, was Halfling coach Anna Delafield! If some sort of freak pie based accident had stopped the tournament then and there we would of had a good claim to having the first Halfling winners of the tournament. Unfortunately basing the plan on pies when halflings were involved was a mistake as it turns out and no pies made it to the hall, so it was back to playing Bloodbowl then.

For me first up was Necromantic Undead coached by Australopithecus, a fun and entertaining game full of halflings taunting Werewolves about claws being useless whilst Morg looked threatening and the entire Necromantic team avoided catching his eye. I so nearly held him out for 8 turns in the first half but with a little luck, and who doesn't need that in Bloodbowl, he scraped over the line for a 1-0 lead. One turn thrown Halfling for an equaliser then....splat, failed to land and dead. Second half saw the two central themes of my weekend emerge, one plan to give Morg the ball and two, watch him fail to pick it up and fail the loner attempt at a reroll. However at the third turn of asking he finally grasped the concept and battered his way down the pitch 'protected' by a Halfling umbrella to equalise in turn 16.


A quick survey of Halfling coaches found some triumphs and a few tales of total anhilation but lots of smiles.
So Game two and Lunchmoney's Pro Elves. Remember the themes? Well sure enough Morg made heavy weather of gaining posession but eventually got it in hand and started to drive up the field. Lunchmoney couldn't see any other way but to force a half die block and hope. He rolled skull and push but then remembered he had a Leader reroll, the bane of Master Chefs, and rolled Splat and Dodge Splat.....Morg was down and the Elves snapped in took the ball away and scored, it's just what elves do. Up against it now I had to take more risks. These worked out in the traditional manner with Halflings landing on their faces and breaking their necks, Morg failing to pick up the ball and elves scoring. Final score 4-0 but Lunchmoney was a splendid opponent and Halflings always have this sort of result in them.

With my packed lunch demolished and fully focused on game three I used the new feature of the NAFC to find out who was next to attempt to Super Size Me via my smartphone and the free wifi, an excellent innovation. The lucky winner was - JohnnyD and more elves this time of the High variety.  Again I got to receive first and Morg burnt rerolls without using them (he only needs a three for Nuffle's sake!) before eventually gaining possession by which time though the Halfling umbrella was looking a little thin and like Lunchmoney before him Johnny decided to half die block him. Unlike Lunchmoney he didn't even have the courtesy to use a reroll and rolled double splat straight off the bat. I chose the splat on the left (in case anyone is interested!) and guess what....... elves in steal ball and score shocker. More Halflings failing to land and killing themselves duly followed although I did manage to knock his ball carrier over with a thrown Halfling at the start of the second half. Morg continued to be sporadically involved in messing up my plans and the game finished 2-0 to the Elves, ah well.


Day two, a new dawn and new hope. Certain that today would lead to final Halfling victory and Morg earning his exorbitant fee I strode in to the hall full of, misplaced, confidence. My next opponent was Arioso, a very friendly German gentlemen who I've shared a Bloodbowl hall with on several occasions but never previously played. He had an Underworld team and right from the off he had horrendous luck and watched his team disappear in to the KO and injured boxes. It started with Fezglitch spinning in to a Halfling and pushing him back then back in to the space he had just vacated followed by the space the Halfling had vacated and then back to his start position again. A quick turnover followed with some dice disaster or other and in my turn one Morg blitzed Fezglitch and took him off the pitch, apparently the fourth game in a row where Fezglitch had survived only one turn. However, despite Arioso having the worst of the dice and total Halfling domination being threatened Morg and his now infamous inability to pick up the ball meant I was reliant on him making a single dodge roll with possible reroll to take the lead in turn 8. Yep, two for the dodge followed by another two for the loner so nil-nil at half time. The second half started in much the same vein as the first with Dribblesnot fumbling a bomb and removing himself and a skaven from the pitch. Finally Morg got the plan and we scored to take the lead in turn 16 having totally dominated. We set up to defend against the one turner and tried to fight off the sense of impending disaster that had just arrived. Arioso had certainly had the rough end of Nuffle's sense of humour up to this point but now he couldn't stop rolling sixes, scattered 3 times in the right direction and didn't even have to dodge to equalise. This draw felt worse than the two defeats, still the irony of losing out to a thrown team mate was not lost on me. 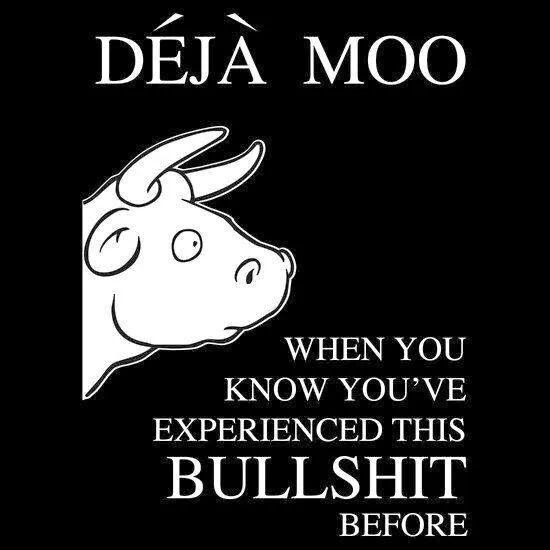 Lunchtime day two I attempted the impossible and tried to get all 15 Halfling coaches together for a photo. Trying to get Bloodbowlers to do something is like herding particularly badly behaved cats so I was well chuffed to get 14 of them clutching their lunches in a Halfling stylee. Here is the evidence that it can be done:

Game 5 and my phone told me Vampires coached by PeteW. What a nice bloke and what a great game which weaved back and forth and finally saw a successful thrown Halfling one turn touchdown to equalise in turn 8. Mark this day in red please. With the momentum continuing to switch I was a little unfortunate to come out the wrong side of a 2-1 scoreline but a thoroughly enjoyable game nonetheless.

So one final hope for a victory remained and it was to be not only Halfling on Halfling action but also Scotling civil war. Ruthy had gone the triple tree route so it promised to be interesting.


First up was the Master Chef nuclear exchange which was new to me but entertaining then followed a half where I was able to disrupt Ruthy's drive steal the ball and take the lead. Receiving the ball deep at the start of the second half things were looking good. A Halfling picked up the ball in a change of tactics but then remembered who needed it and gave it to Morg who promptly dropped it! Two turns wasted trying to regain it once again meant the game had become messy. I kept trying to move the trees around hoping for a take root but it didn't come all half although mine almost immediately took root, went down in round 2 and pretty much stayed there until it was too late to do anything. The key point game when Morg blitzed with three dice but couldn't do more than push back a Halfling. Not willing to risk a GFI based on his performance to date I elected to risk being blocked by halflings......I had though forgotten that Ruthy had one with dauntless who duly rolled a 5 and knocked down Morg!

This was not in the script! However every time one of us looked like getting control of the ball the halflings behaved like, well, halflings and refused to do simple things like dodge in to a free square and so on. So with a sigh of relief, on my side of the table at least, the game finished 1-0 and I had a victory to go with the two draws.

The NAFC was superbly organised as ever, ran smoothly with a couple of nice additions like the free Lycos figure and the aforementioned access to the draw which also allowed blood bowl fans across the globe to follow it in almost real time. The only grumbling I heard was over the food but hey I found the packed lunches to be ok if not great, and never ate the evening meals so I had a great time and just like last year found the venue to be excellent. I loved the Halfling Challenge it added a little extra involvement and enjoyment across an already great weekend. I owe thanks to all the coaches who took up the challenge, to Cymbeline Games for helping me make Halfling block dice a reality, to Pug for his artwork, Marian for donating a team, Beastmaster games for the Halfling chef and to the lady with the red hair (sorry I can't remember your name) who provided the NAFling badges. So all that remains is to show you the final standings of all those brave Halfling coaches, congratulations Nazgob you are King of the Flings!

I forgot to mention you can find another view of the HC here:

It is an excellent read.

The only part more brilliant than the organisation and execution of this Fling challenge is the fanatic sportsmanship you 16 coaches must have had to take up the gauntlet. Well done indeed!!!

I'm still keen to grab a set of extra swag if you have any- new new Fling team (the Baden Hill Basters)!clearly need all the help they can get!
Pauljamesog(at)gmail(dot)com

Glad you liked my write-up :)

Husbit (Lunchmoney) says he was very lucky with his half-die block on Morg and that was the making of the game for him. He did enjoy it very much and took Morg to Speed Bowl because of it!

That's one great report mate!
Your Scotlings look fantastic, and the "Moot Donald's" printed roster is an awesome detail!
:D

Shame on Nuffle for consistently meddling with your dice rolls!!!

Paul, I have emailed you. I don't actually know of any treemen scoring. Although Peter tried but Deeproot was mobbed by lizardmen and just ran out of time.

Luck wraith, it was great to meet both you and Lunchmoney. In fact all the Halfling coaches were great.

Thanks Axt, Nuffle will get bored of teasing me one day! Tbh it wasn't so bad playing with halflings was just lots of fun whatever.