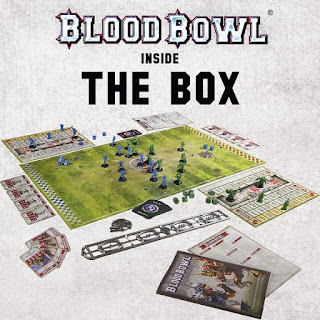 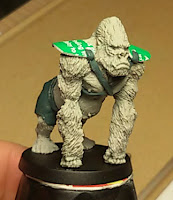 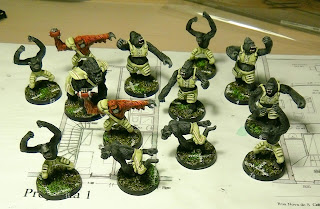 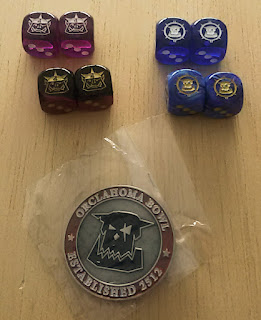 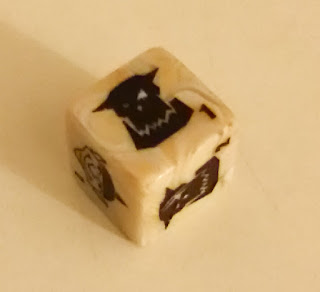 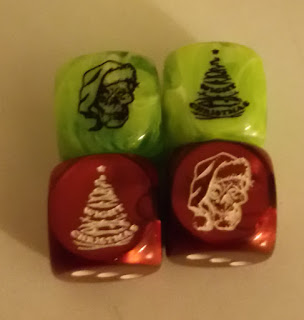 Bull and Max#3 by my wife

Just thought I'd show my wifes work on the newest set of Wild Things, Bull and Max#3.

Sets are still availible at $20usd+shipping, and proceeds go to the wounded warrior fund. Thanks! 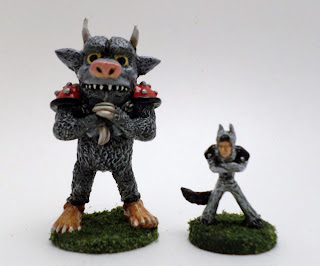 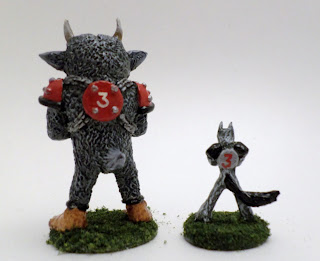 The new Wild Thing set is almost ready(being shipped as we speak). The new set includes Bull and Max#3. Each set is $20usd, and proceeds go to the Wounded Warrior Fund.

If anyone wants a set, and they are limited(25 sets), contact me at: lacourjohn@aol.com 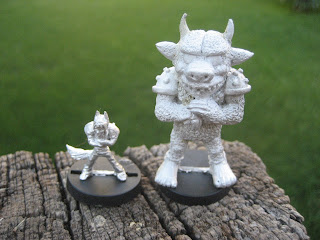 I'm working my way through the 24 at NAF Tournaments and decided to take my Chaos Pact team Slaaneshter United to this years NAFC (team number 18). I finished 73rd out of 140+ teams winning 3 and coming second in the other three games. The team is all female and I thought I'd share a few pics here.

Here is the team Logo 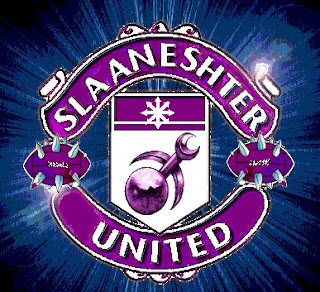 And here is a shot of the whole squad: 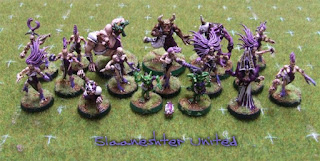 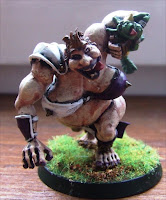 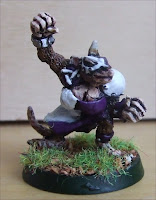 and some of the marauders: 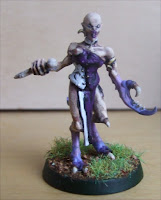 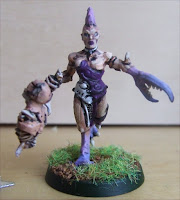 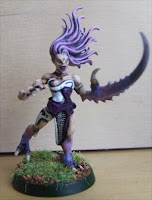 ﻿
﻿
﻿
and finally I took Lewdgrip to the tournament, he gives the team a lot of options they wouldn't normally have in this format: 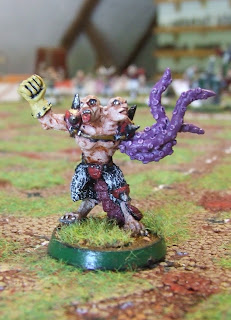 How about some Dungeonbowl?

As I've had the chance to mention a few times in past posts, we at NABBO League enjoy playing a bunch of other games between our official league competitions.
It's a nice way to get to know other games, put to use some of the non-bloodbowl related miniatures we all have, and have a good time amongst friends.
All while scheming and plotting for the next NABBO league competition of course!

One of those games we play, is a home version of Dungeonbowl - a very short version of it where several coaches may play at the same time, each controlling a big guy, and as in other DB type games, each has the herculean task of finding the ball hidden in the chest, and carry it safely to his end zone, all this while the opposition tries to stop it anyway they can - including throwing chests at each other...

Anyway, I did a post a few years back, with a WIP photo report of the building of the dungeon, and in that report I mention a couple of fellow Talk Fantasy Football mates, over their own forum threads on Dungeon Bowl.
One of them - yggdrasil,  has recently put together most of the info he had in that really long thread in TFF, joined a ton of other photos and info about the game, and made a fantastic web site with it:

In there you can find and download several rules pdfs (from the 1989 original ones, to his own adaptation to them), read fluff and game reports, and last but by no means least see photos of his beautifully converted and painted teams for many colleges of magic, along with quite a few extra stars, monsters, and a ton of other stuff that crawls in Dungeonbowl dungeons!
Awesome.

Miss it at your own peril, that's all I have to add to it!


The year of the Wizard!

As some of you - followers of the ways of NABBO Tea Cup - might already have read in the past, in order to give each NTC tournament a different feel from league games and an extra layer of fun, the organization of the tournament usually adds some house rule to the otherwise fairly regular team tournament builds.
This year the 'little extra house rule' was a free wizard for each team, which instead of the usual Zaping or Fireballing of the opposing players, could make use of proper spell books and attempt to transform the opposing players into frogs! How could it be any funnier than that?

The rules for all these wizards and spells where quite simple, starting with an 2D6 of 8+ as an "activation roll" for the wizard (fluff wise aka "let's check if the wizard is paying any attention to the game..."), and if that went ok, the coach had another d6 roll of 4+ to actually turn an opposing player into a frog or alternatively reverse one of his "frog-players" to the regular "player" (the "frog" was randomly chosen amongst the players on the pitch).
If the coach was lucky enough to roll a "6" on this last roll, he was allowed to repeat this roll and try to transform a second opposing player into a frog.
This could go as far as three players maximum (which was as much "frog-players" as each team could have on the pitch at the same time).


The frog
The "frog-player" was treatd like any other player, with this profile: MA 5, ST 2, AG 4, AV 6. Skills: No Hands, Dodge, Side Step and Right Stuff. Also, the armour was considered magical so any injury roll of 8+ would KO the player instead of any other nastiness.

(For more information on the house rules please have a look at NABBO Tea Cup V in the NABBO League blog).

Despite the low number of participants (only six this time), the event was still a lot of fun and for the first time we had the grand total of two ladies playing - more than 33% of our tournament crew, which is a lot more than many big tournaments out there can brag about!
(Yes, just having a bit of fun with maths...)


As far as team choices go, we had Amazons (x2), Chaos Dwarf, Lizardmen, Slann and Vampire, and a combined total of 49 "frogged" players, over the course of nine games.

The Prizes
To commemorate for the fifth NTC, instead of the usual three awards - Champion, Most Casualties and Wooden Spoon, the organization had decided to go for five, adding the Most TD's and Best Defence (least TD's suffered).
Since we "share the wealth" by not giving more than one award to any coach, this meant that this year almost everyone coach took an award home (which is fine since our objective is to have a good time while playing Bloodbowl).

This year I've played Chaos Dwarf and was lucky enough to win the Champion award (started with a lucky last turn 1-1 tie against Amazons which kept me in the race for the upper places, won 2-0 my second game against Lizard - the team that won the Most Casualties; and won 3-0 my last game against a Slann - which was undefeated that far, and ended up winning the Most TD's).
The Most Casualties award was won by Iuliia, one of the ladies playing in the tournament (a rookie player both on our league and on the tourney scene).
The Wooden Spoon was conquered by Marco Preto - his second WS in a row (last year won it Humans and this time with Amazons), which is quite amazing since is one of the best players in our league, so we can only speculate why on earth Nuffle keeps poking him on our tournaments...


Last but not least...
Here's a pic of the custom dugout and dice we've made for the tourney, so if you like them and feel like supporting us, we might still have a few of those extra. 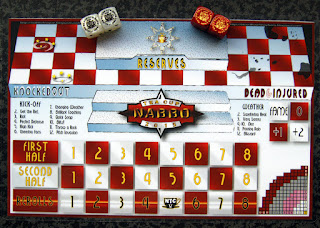 
Double posted on the NABBO League blog.
Posted by Axtklinge at 16:34 2 comentários: