As promised here are some more of my Star Players: 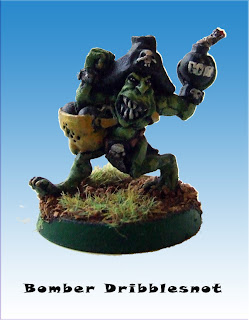 Why is it all these Gobbos seem so happy in their work? Come to that why bother writing bomb on their bombs, I can't believe many of them can read it and anyone catching one thrown to them probably has a good idea what it is anyway and if they took the time to read it well.............. 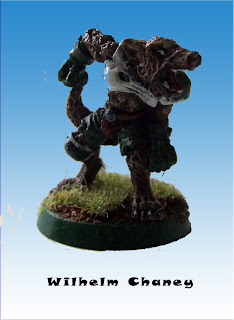 All right which smart ass threw the stick and shouted fetch? 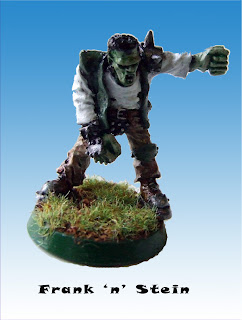 He always appears to be grooving out to something only he can hear, maybe something by the Grateful Dead? 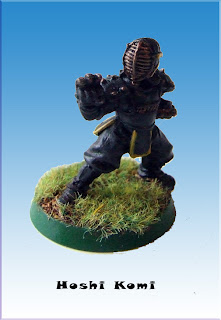 Okay he may not have made the cut for the CRP/ LRB 6 but ffs he's a ninja playing Blood Bowl, how cool is that! 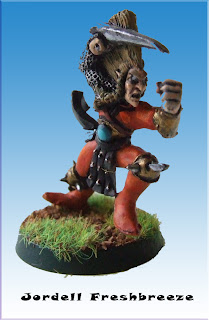 Speaking of cool, as if two wardancers on the pitch isn't bad enough imagine three........no I thought you might not want to! 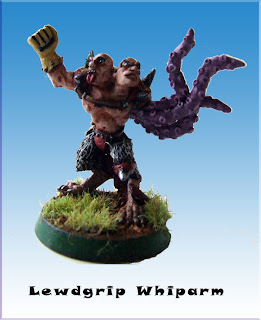 The idiot who served calamares as a half time snack was strangely never heard from again.......

Coming up in a few days big and small we love them all.
Posted by Neilpferd at 21:45

By the way Neil, do you follow any of your teams colour schemes to paint the Stars?