These guys have some big... 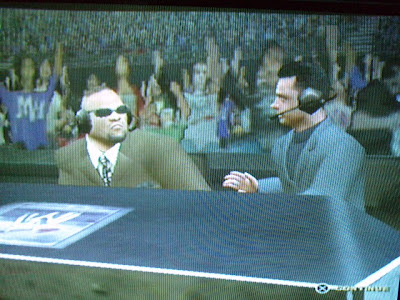 "Welcome to the longest Both Down episode yet, almost 3 hours of Blood Bowl fun! In this podcast Steve and Scott cover some “Home Brew”. Plus the boys have their first ever Both Down interview segment with Zlurpcast’s Jonny P. Loads of “Tournament Talk” about Bugman’s Bowl and whatever else is on their sick ginger brains. Enough reading about it, click and listen. It’s nice and long just like you like it, and all for you!

Definitely let us know what you think at either twitter (@BothDown) or by email at BothDownPodcast@gmail.com"

"In the recent online mandrama between positive and negative feedback about Zlurpcast, Jonny P and Xtreme had plans to just put out a basic 30min episode for March, regroup for April and get back in the swing of things. Yeahh…. that idea lasted all of 3 days. This episode is 2.5 hours! We are honored to have the NAF President, Dave Downes (aka Lycos) join the show and discuss the NAF, his favorite teams, and even field a question from G-Dub about NAF member steel cage matches! And on the other side of interviews, we were able to finally get arguably the most well-known Star Player of all time, Morg N Thorg to join the show!. Graveyard covers Heroes Challenge, Rat City Rumble, and Bugman’s Bowl, and Around the Old World previews Royal Rumble II, Headbangers Ball II, and NewOrk Challenge, and the West Coast Quake. And the show finishes up with G-Dub’s prank calls. Funny stuff. ”Yall gots Mephisto?!”"

Now,stop reading this and go listen to them :)
Posted by AbraxiS at 19:29