Game four was on table 19 vs Bobby and another Orc team, but at least it was a very different build from my previous opponent. His team was called Cyzygystic Disaster. Great feature about this game was getting to play on the custom Chaos Cup 2011 pitch - cool!!

As with all the other game reports here's my tweets/photos from game four. Game ended as a 1-1 draw, 0-1 CAS, garnering 30 tournament points.

PS. I googled Bobby's team name to try and figure out what Cyzygystic means. There was only one result, the 2009 Chaos Cup results, where Bobby placed last! He's obviously much improved, well done Bobby! (remembering your skills is a great start, hehe)
http://www.bloodbowlmajors.com/ChaosCup/2009/ChaosCup2009_Results.htm

Quickly had Piling On mummy and Guard wight KO'd so went for the quick score and pulled it off with no rerolls. 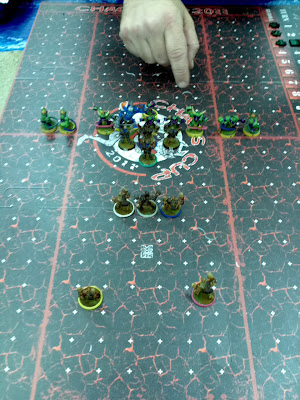 Managed to knock the ball free but failed a 4+ pass leaving the ball in the open. 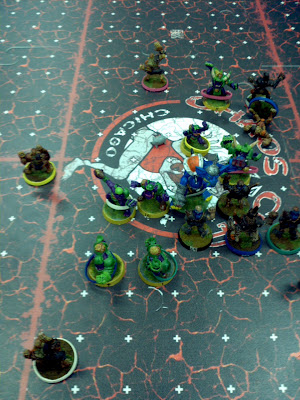 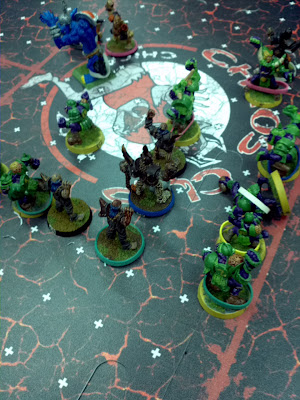 Then I was a gentleman and pointed out his Blitzer has strip ball so even the push on mummy knocked the ball loose. ** He later told me afterwards about him paying it forward when he taught a 13 year old how he could pull off a 1TT - how's that for showing how great this game and its players are! ** 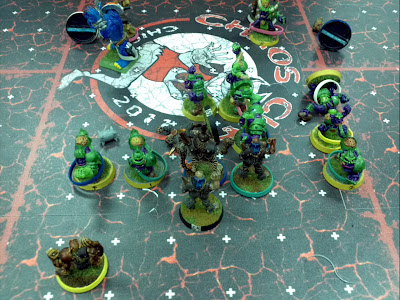 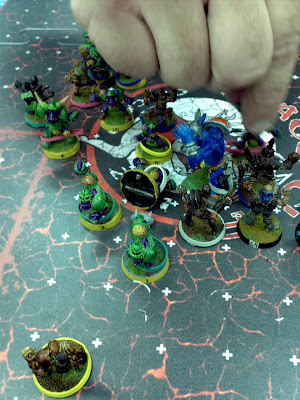 Orcs tie it up pretty early in the second half, five turns to take the lead again. 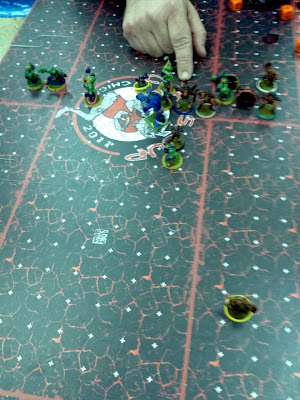 Then my sure hands ghoul fails a go for it w reroll, dropping the ball and killing himself in the process :-@ 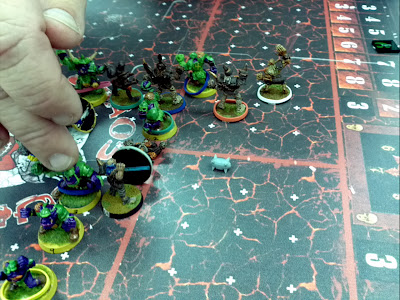 dual posted on GWpertinent
Posted by Tristan M at 04:45