GHAG update with pics and advertisers... 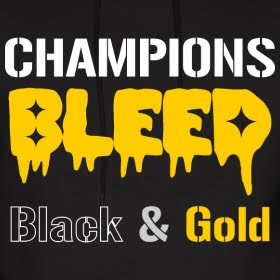 Hey all...another quick update on the GHAG contest,plus some extras done by neilnickson.
To start...that cool motto that neil sended me says it all "Champions bleed Black & Gold"...Mr.Merry Mayhem told me that he really loves it and that he´s gonna use it as the team official motto. Thanks Neil for the interest you´re showing on the gobbo team and the blog :)

And now,for the goblin updates: 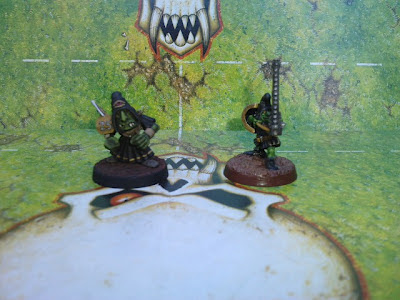 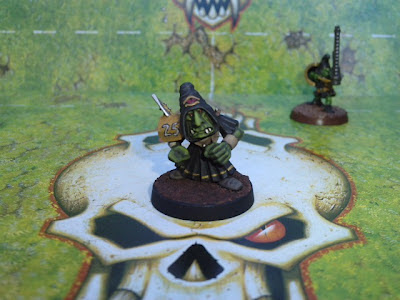 And Tristan (someone is going to get hurt...and im not talking about the other players here..lolol) 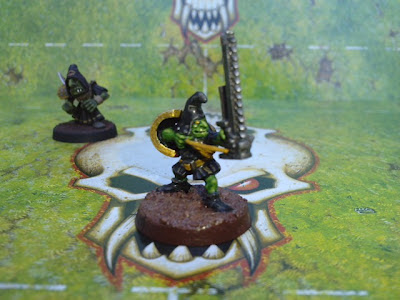 Now,here´s hakomike...lolol...he seems like is going to apply a karate chop on some poor bastard :) 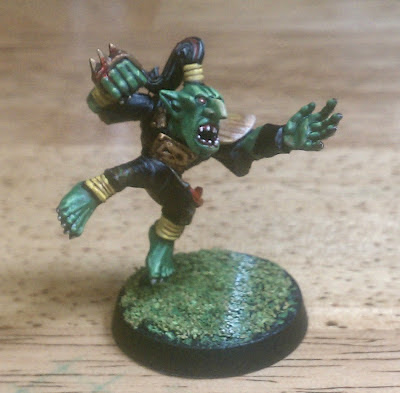 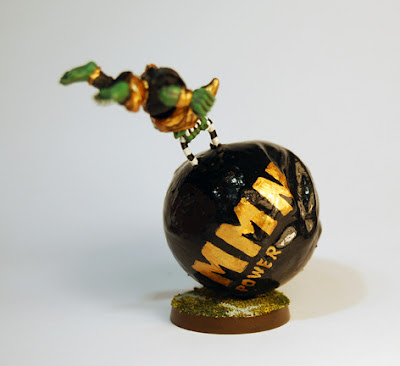 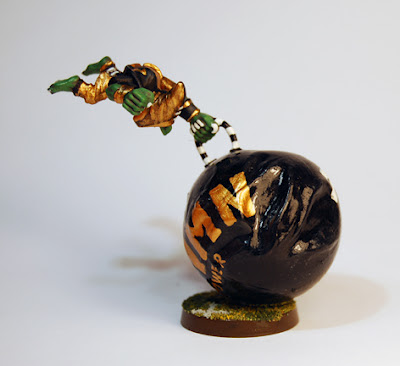 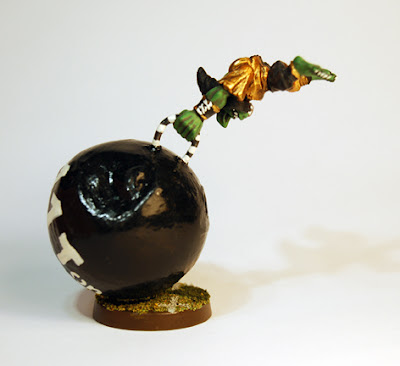 He looks like is having so much fun riding that ball...really...this is one hell of a funny conversion...pretty goblinesque :)

And last but not least....the "Trolls".
Tristan managed to surprise me (once) again...this time with these 2 beautiful "trolls".
You know,MR.MM doesnt really like those big,hairy,smelly trolls (the only difference between them and goblins is only in the height department really...) because of that incident with his father (a Troll eat him on a match against the Gouged Eye) so,he decided that he would never use them to play on his team.
But,he would need "big guys" to play anyway so,what the hell he would do?
Weeeellll...he did what every goblin does...he invented 2 machines that would cause as many damage as the trolls would (self damage included...lol)

And here they are: 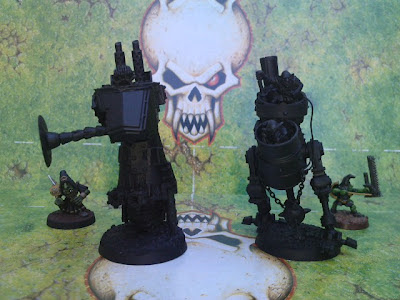 Its like goblin versions of the dwarf DeathRoller...but these ones will not be throw out of the game for being secret weapons.

These guys are beautiful and well converted and every Troll skill is represented in them in some way...they add so much flavor to the team :)

Thank you Tristan...you are the DUDE
Posted by AbraxiS at 14:08

Enviar a mensagem por emailDê a sua opinião!Partilhar no TwitterPartilhar no FacebookPartilhar no Pinterest
Labels: GHAG, Give him a Goblin, goblin, merry mayhem news

I am personally very glad I let Axt have the fanatic, I LOVE that conversion. The size of his ball is hilarious!! Great job Axt!

This team is going to be jam packed full of cool figs! Anyone who asks 'which one is the fanatic?' needs a slap! ;D)

Truth is, as soon as those Trudging Recklessly Overloaded Loathsome Laundromats are painted no one will even look twice to that puny fanatic...
:D

Still I'm with Neil on the slap thing!
;D

I love how the gobbo's number is the weight of the ball. Well done!

Thats is the BEST set of gobbo Trolls - Ever! Some really great figs here mate, I know you'll treasure them.

Unfortunately, my own contribution will be somewhat delayed because of the Warpuppy incident, and the replacement fig still hasn't left Spain yet with another figure shipment.

Ohhh...no problemo Paul....but its kind of funny...the gobbo will travel around the world so then he´ll end up almost in the same spot...lol

Completly forgot to tell how cool I've found the dynamic pose and the painting of hakomike gobbo!!
:)