So here they are, the fierce human pirate team, The Pugwash Pirates: 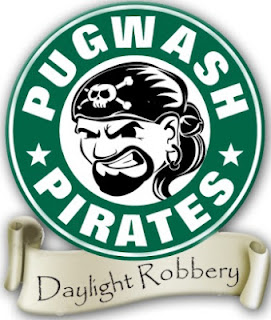 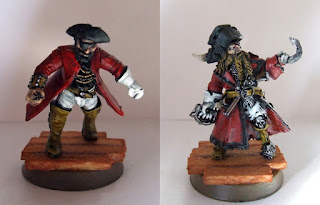 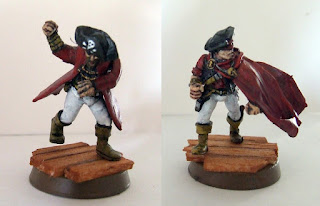 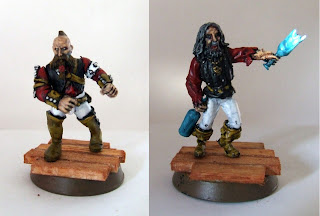 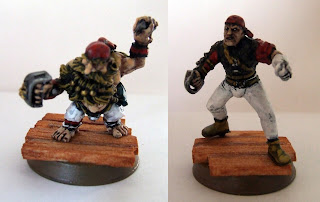 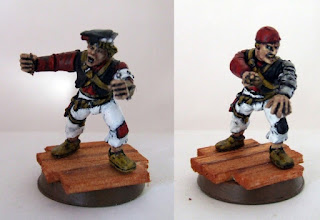 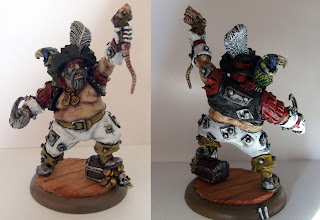 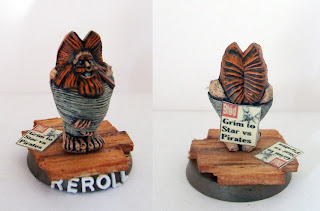 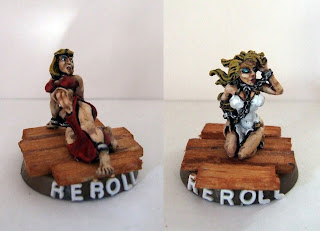 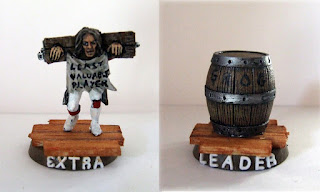 A great looking team, worth of a great looking custom dugout.
Nothing less!
Kudos to Neil for his work (the whole 'nine yeards': concept, conversions and paint job).
Well done mate!
Arrrr!

Awesome,i guess that,if you had a "ship-pitch",you would be considered a BloodBowl God.

Anyway,yes...i would like to have that team and the dugout please :)

Hi guys. A couple of small corrections first! The ogre is just called Master Bates, it's Eddie Longshanks, Sucker Punch Bill and the third catcher is called Blind Pugh. It's myfault for naming the pictures badly.

I don't have a ship pitch, I did think about it but decided as the dugout is a ship it wouldn't quite fit. However what I did do is create a treasure map pitch using photoshop and got it printed on oilcloth by Sanabeso. It looks cool if I say so myself! O:-)

I can send you a game report and some pics of the team in action if you would like.

I guess we would like to see more pics and a game report... :)