More gravy to your brain? 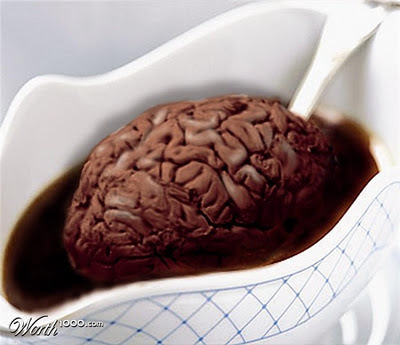 And if the answer was:

Well...here you have it:

" Happy New Year everyone! Three Die Block is back, and on our first episode of 2012, we're talking with champion FUMBBL player, Random Oracle, about FUMBBL's Blackbox League and Edward Lorenz's favorite team: The Chaos. (Sorry, bad joke...) Then we catch you up on what has been happening in the CHG and HGC leagues over the past few weeks, and wrap up the show with some tournament announcements in our Cheering Fans segment!

The production was made possible in part by Impact! Miniatures and Critical Hit Games. "

" Shawn (Boof?) and Nathan (Bumblefuck?) know the quickest way to the Main Guy’s heart, besides food, is to talk Chaos. Chaos Chaos CHAOS! This month’s Zlurpcast Tactic Zone’s Roster Dissection segment will teach you how to build the most unstoppable, and surprisingly well-rounded Chaos Team in Blood Bowl. Is it better to load up on mutations or skills or a combination of both? The ZTZ guys go into detail on not just what upgrades to take, but also starting rosters for both Bloodbowl leagues and tournaments. You asked for tactics, and now you got it… go download the Chaos Episode NOOOOOOOOWW!!! "

And now...the best Zombie movie ever: