First game was on table 17 and I played Doug who showed up with the rest of the Madd Dawgs crew. He was playing Humans and his team was called the Meeshigan Maulers, here's his build. Something I just noticed is with only one unskilled lineman he may have lost out on a free mutation for game six (not the biggest deal I suppose)

Thrower w Accurate
Thrower w Leader
Blitzer w Guard
Blitzer w Mighty Blow
Blitzer w Frenzy
Blitzer w Tackle
Catcher w Guard
Catcher w Block
2 Linemen w Wrestle
Lineman
Reroll
Bloodweiser Babe
Doug was great fun to play and a great sport (as evidenced by the pics ** warning there is some rather crude hand gestures I thought were funny to include in the photos, Paul & the Lad this warning is especially for you! **)
Here's the rundown of the tweets I made and the pics I took, hope you enjoy. Game ended 2-0 win, 1-0 CAS to me, gaining me 64 tournament points.
3 turns and only a KO :-/ hoping things turn around! 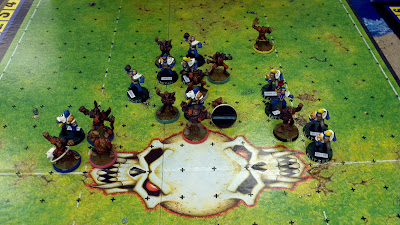 First CAS of the game caused by Piling On mummy! Doug is not impressed :-) 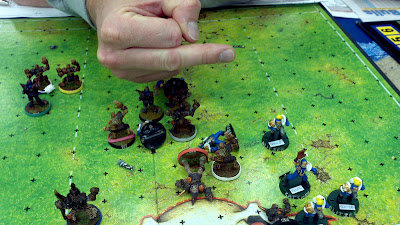 Piling On mummy fouled out of the game. Grr :-@ and failed regeneration, DOUBLE GRRR :-@ 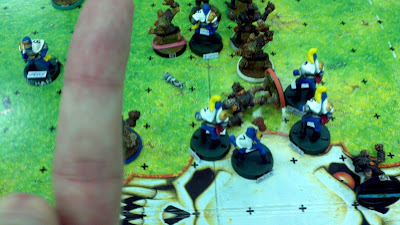 Freaking TRIPLE SKULL! lucky I still had a reroll. Doug finds it amusing :-@ 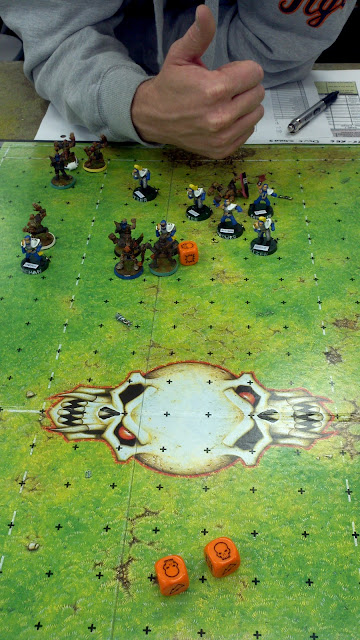 Sweltering heat takes out a zombie/2 humans. Managed to free up the ball early in second half. 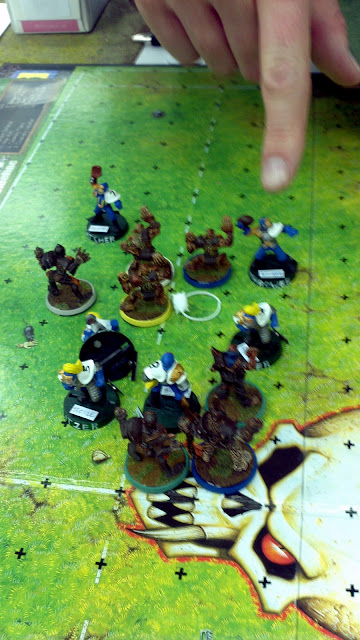 Then manage to squeeze the ball out of the scrum and pick it up... 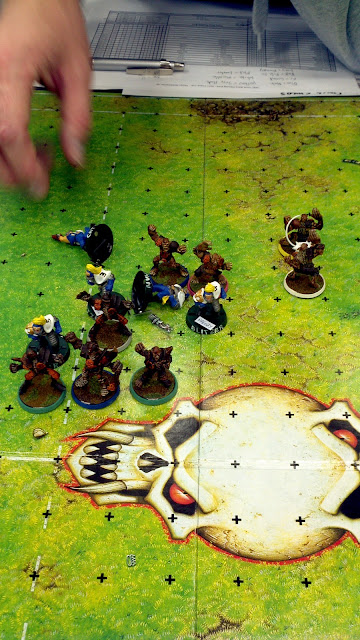 and last turn (due to time) scramble into the endzone for a second touchdown. 2-0 win! 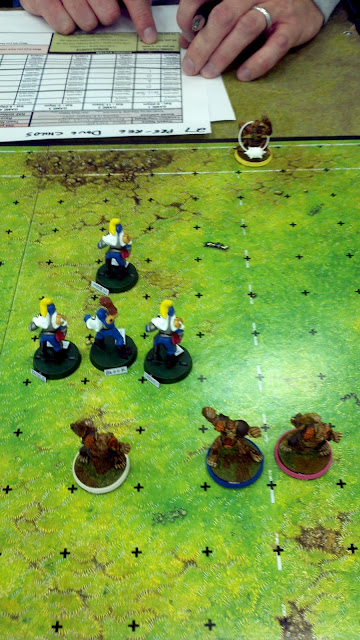 dual posted on GWpertinent
Posted by Tristan M at 04:23