Game 5 saw me on table 17 pitted against Paul (pipeline of "BANG" infamy) and his Chaos team "69 Dudes!" who unfortunately had terrible luck during the game but we later had a great chat about my visit to the Chicago Art Institute on Friday (where he works as a network admin) which was really cool and interesting.

His roster was
2 Chaos Warriors w Mighty Blow
Chaos Warrior w Leader
Chaos Warrior
2 Beastmen w Block
Beastman w Frenzy
3 Beastmen
Minotaur
Reroll
Same as all the previous posts my tweets are below. When my first block was double skulls I thought it was going to be painful for me but it turned around pretty quick. Pipeline took his licks with good sport and quick wit! Game ended 2-0 win and 1-1 CAS, netting me 62 tournament points.
Playing the infamous pipeline. double skulls for my first block :-@ not how I wanted to start day two. 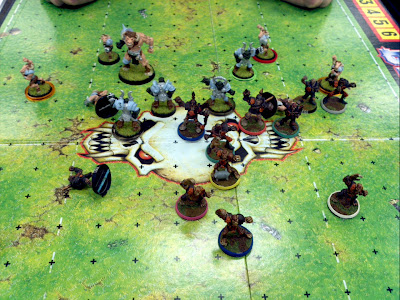 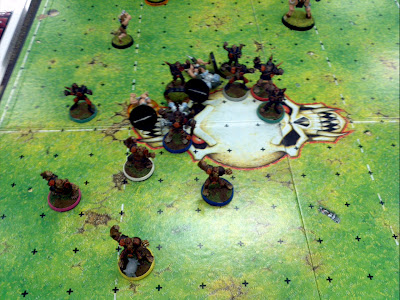 Averaging a KO per turn by turn four! #whutupshun 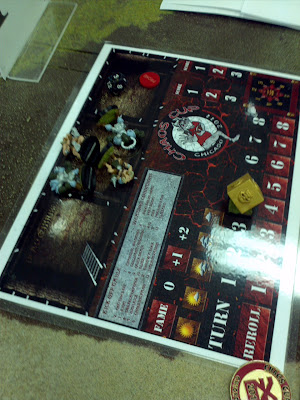 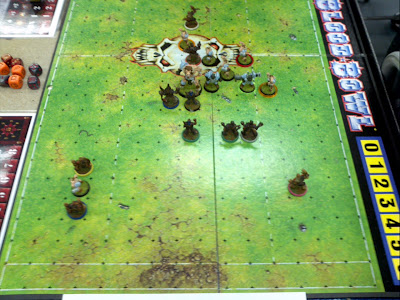 Poor pipeline has nothing go his way, rerolls burned early and at least six pure skull or skull/chopblocks blocks. 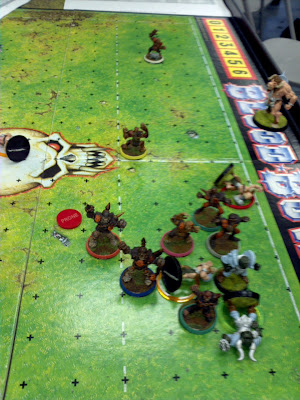 dual posted on GWpertinent
Posted by Tristan M at 04:57