Second game was the highest table I played on all tournament, Table 6! He came with a bunch of guys from Rockford and I ended up playing 3 of them throughout the tournament (all three of my losses - damn you Rockford!!). From memory his team build was.

2 Blitzers w Guard
2 Blitzers w Stand Firm
2 Linewomen w Wrestle
Linewoman w Leader
Linewoman w Sure Hands
4 Linewomen (possibly with some other skills I can't remember!)
Reroll
1 Fan Factor
Craig was a very skilled player and I found it really difficult to get to grips with his Amazons (Dirty Dodging Darlas), without having any Tackle. I did get a decent amount of casualties,  it was the only AV7 team I got to play all tournament. He ended up placing second so getting whooped by him doesn't seem so bad now!
Again here's the tweets I made during the game with the accompanying photos. Game ended 0-3 loss, 3-1 CAS to me, which earned me 15 tournament points. Apparently I had a lot of time to take photos and tweet!
Game 2 vs Amazons. His first hit of the game kills my block ghoul. So far managed 1 KO. My bash game not firing. 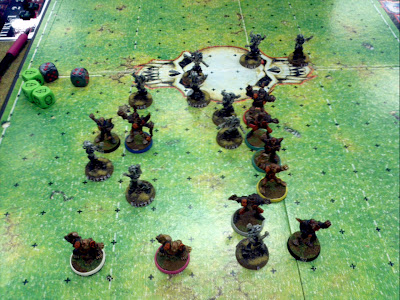 Piling On mummy gets his second CAS of the day. 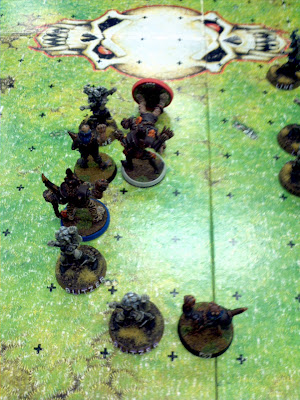 Amazons push quickly up the left flank, they score on turn 6. Booo. 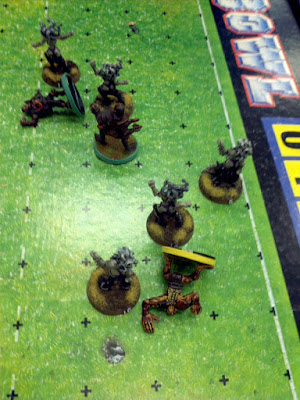 Ball lands on line of scrimmage. Rocks stun a linewoman and a ghoul. Undead trash Amazon line and pickup ball. 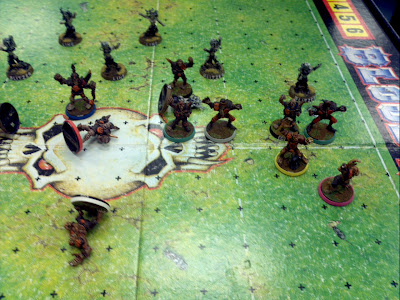 Trying to push two possible receivers fails on a 4+ dodge by ghoul who kills himself :-@ grrrrrr 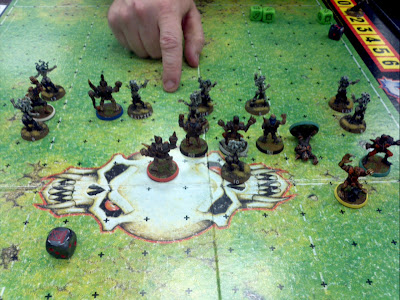 Amazons roll blitz on the kickoff to increase my misery :-( let's hope the casualties start to pile up (on?) 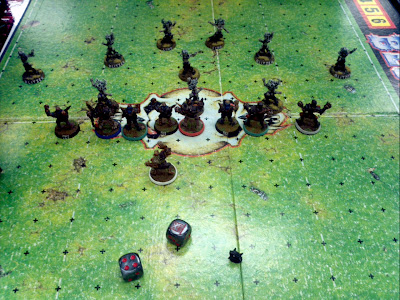 Lots of kapows this turn, turning it around? Nope spoke to soon :-( sure hands ghoul knocked out and ball dropped. 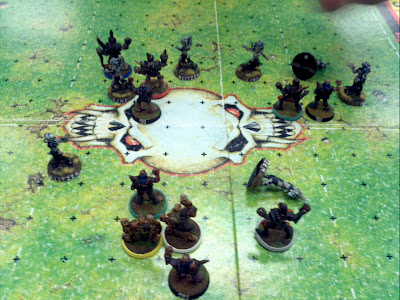 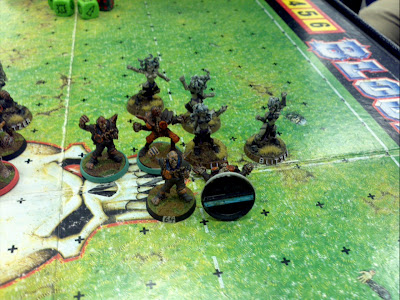 Crazy scrum ensues! 3 ghouls out looking unlikely to score. Trying to hold him to one TD, also unlikely :-( 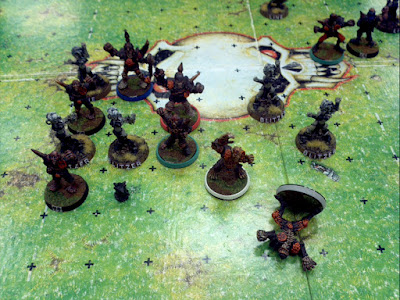 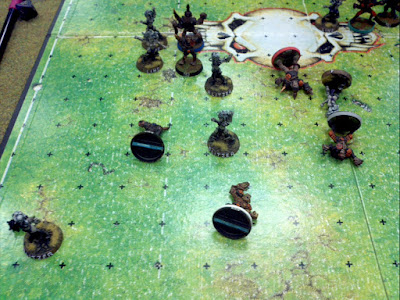 Made one last drive for a TD only to have the ball carrier smacked and probably give up one last TD ;-( 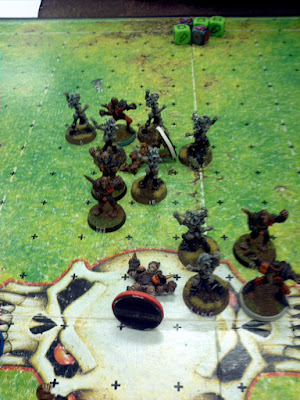 Managed to put some guys in the way to hopefully stall that third TD. Piling On mummy scored 3 CAS so far. 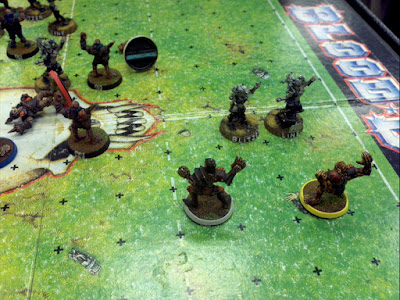 With some crazy dice rolls tried to hold her up. didn't help ANY lol seems like I was supposed to lose this game. 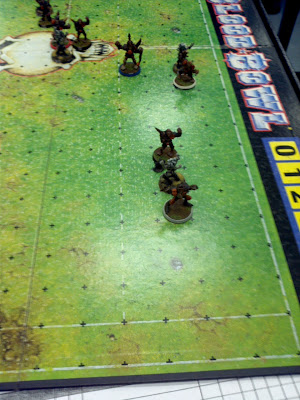 dual posted on GWpertinent
Posted by Tristan M at 04:36